Skip to content
Latest News
APAA REPORT THAT PLAYERS DEVELOPMENT IS COMBINED WITH THE LEAGUE MATCHES
PROF PALACIOS RECOGNITION MORETELE LOCAL MUNICIPALITIY
APAA CONTINUES WITH THE DEVELOPMENT OF FUTURE PLAYERS
APAA RECOGNISES THE FUTURE OF TWO BOPHELA TWIN BROTHERS
AUGUSTO PALACIOS APPRENTICE ACADEMY STARTED ITS PRACTICES 2021
AUGUSTO PALACIOS APPRENTICE ACADEMY RECALLING HIS SUCCESSES IN YOUNG PLAYERS.
ANOTHER APAA SUCCESS IN PLAYER DEVELOPMENT
PALACIOS ACADEMY DEVELOPMENT CLOSING OF THE YEAR 2020
GREAT INTERNATIONAL ACHIEVEMENT FOR THE ACADEMY PALACIOS
APAA INFORMS
CONDOLENCES TO THE MOKOENA FAMILY FOR THE LOSS OF MIKE MOKOENA
COACHES MUST UNDERSTAND THAT THEY MUST NOT ALWAYS BLAME THE PLAYERS FOR THEIR MISTAKES
APAA TEMPORARY CLOSURE ALL ITS ACTIVITIES BECAUSE OF THE CORONAVIRUS
THE  SAFA SOWETO LFA 2020 ACADEMY LEAGUE SEASON HAS BEGUN
PLAYERS PUT A LOT OF ENTHUSIASM IN EACH PRACTICE
APPA BEGAN HIS PRACTICES WITH GOOD ENTHUSIASM FOR ALL PLAYERS
APPA ANNOUNCES ANOTHER YEAR OF FOOTBALL DEVELOPMENT
APAA welcomes you to 2020
THE BEST IN THIS CHRISTMAS AND THE NEW YEAR TO COME
REGISTRATION 2020

It is very rare to find twins brothers in sports but that did not happen with Palacios academy where he was able to bring these two brothers with great qualities together, the funny thing is when you see them for the first time you  have difficulty in identifying them but as time goes and you get to know them, since they have similar characteristics it does make it difficult.

These cases are very little in football but today he introduced these two brothers who have an incredible ability Simo and Simiso who play in different positions, we will start with; 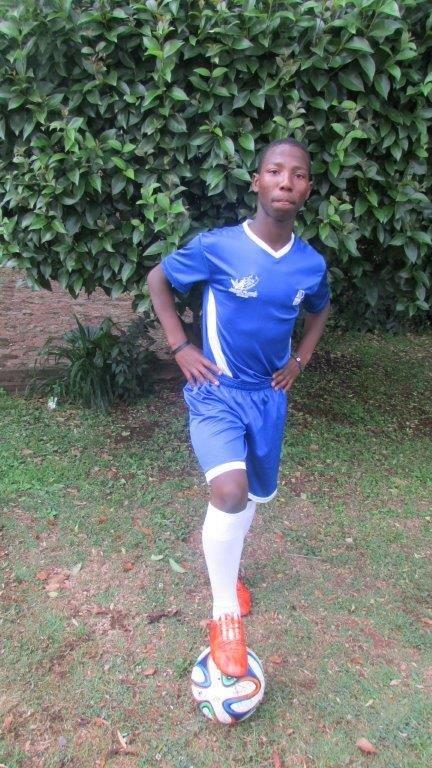 Simo is a player who plays as a  midfielder who can defend and attack and is very strong physically he reaches the Goal scoring area as player that can be used in different actions when it comes to tactical aspect. good technique and especially the distribution of him as he is a very good player who has a nice personality, he may be short but he is great at playing,  he runs all over the field.

Simiso is a player that can play either left or right wing, he has also played as a striker, with very good penetration, a player who can takes on 1 vs 1 very well, he has the am ability to score goals quickly with the ball with a very good technique and uses a lot of strength to play. As I said, they are both short but how many players are short in world football with tremendous ability and success.

This is the case of these two brothers who have a good future, they just need a chance. When these two brothers arrived at my academy, I was surprised with his potential both began to play in the U13 and thus they grew in there division until they reached a good level to promoted to Orlando Pirates.

They can be twins but in character they are different, one quieter than the other, theta are always together. there family, there parents, very collaborative and supportive, very humble people with low economic resources, I believe that these two brothers will lead the Bophela family to change their social status in the future since there potential they have to play, since the father works hard to bring the family forward, they are from Soweto but have a family from Natal. I appreciated and thank the family for giveing the opportunity to my academy to grow them. 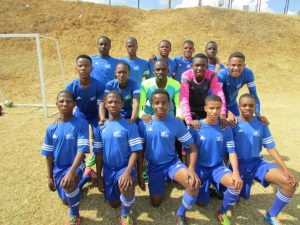 They were promoted to Orlando Pirates in December 2013 and began in 2014 to play for Pirates and thus they could play for Gauteng Future Champion U17 then Disks Challenge MDC Project X, now they are 20 years old they have the opportunity to play and show there potential. The club announced that sign the a professional contract and loaning to NFD Sekhukhune United where they will be monitored there performance and progressing and follow to play next season for the Orlando Pirates professional team .

I wish the best of luck and have confidence and show how talented you are GOD gave you many attributes so that you can be successful and have a good future, your dreams have always been to be professional players and you are very close, all the coaches who helped in their development and the clubs that they also contributed before coming to the academy, we must recognise the effort and dedication of all of them.

It was an honour and satisfaction to develop you Bophela brothers. May God bless you, protect you and give you all the strength and energy in your new challenge that you will have in the future. These words are for the future. I will always be present in your activities and the academy will remain open. For any advice or help that may be within my reach, performances have to be consistent and progress.